Hold your horses, MLS haters. This is an actual question in NASL v USSF.

Steven Peterson, an economist who specializes in part in antitrust issues, is a U.S. Soccer expert witness in this case. He bases part of his response (p. 22-26) to NASL expert witness Stefan Szymanski on the concept of “free riding” — basically, having one entity take advantage of resources created by another, thus diminishing those resources. Investopedia ties that concept to the “tragedy of the commons,” something we all slept through in grad school.

Szymanski argues that U.S. Soccer can’t accuse anyone of “free riding” because their mission as a nonprofit is to create that rising tide that lifts all boats. 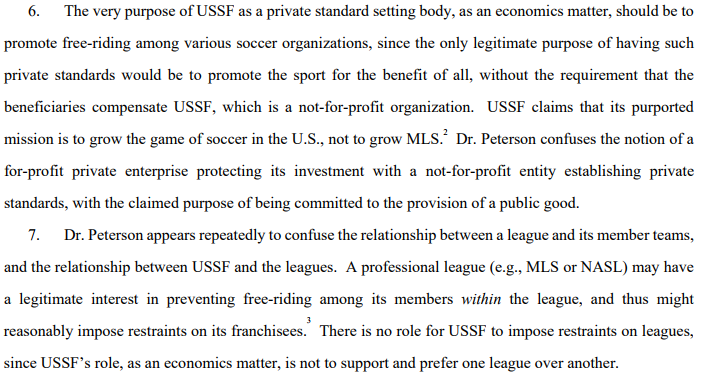 On first glance, I thought Szymanski had a good point. But now I see two problems with it:

Whether that’s enough of an argument to outweigh other antitrust concerns, I don’t know. I’m starting to wonder if USSF really wants one and only Division I league — call it a conspiracy if you like, or call it a legitimate “tragedy of the commons” concern — but can’t say so because of antitrust law.